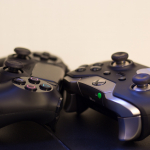 The new Xbox’s will be the first consoles to come with both Dolby Vision and Dolby Atmos tech. Which is a fancy way of saying that both consoles will have a certain level of brightness and color reproduction, as well as, having a much better surround sound built into the system much like a movie theater.

Are you team Xbox or PlayStation?