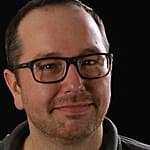 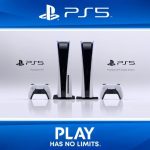 The moment I’ve been waiting all year long finally arrived yesterday as Sony unveiled the PlayStation 5!

Granted they kept us hanging yesterday as I spend two hours, you read right two hours, watching the big unveil on YouTube. Granted the first hour was just music and the iconic controller logos but still the anticipation was killing me. The second hour was filled with previews of all the games that will be released when the PS5 hist stores this fall and the last five minutes of the second hour was the big reveal.

…and here it is. Thanks for watching! #PS5 pic.twitter.com/pOzHc31X3G

I absolutely love the look of the new PlayStation and will be available in two versions. The first is a standard model with a Blu-ray drive and the second model will be a slimmer digital edition which will be discless and relies entirely on downloads and streaming. Another changes to the PS5 is that it will use a solid-state drive rather than a hard drive like in previous PlayStations.

Your first look at the #PlayStation5. pic.twitter.com/VCDfmVKCEl