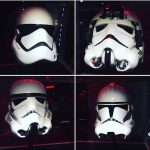 Today is Star Wars day, May the 4th be with you! Fun fact about the phrase you will hear all day is that it dates back to May 4, 1979 which happens to be the same day that Margaret Thatcher became Prime Minister of the United Kingdom. Her political party placed a congratulatory advertisement in The London Evening News, saying “May the Fourth Be With You, Maggie. Congratulations.”

Fast forward to 2008 when the first Facebook groups appeared and began celebrating Luke Skywalker Day with the same catchphrase. It wouldn’t be until 2011 when the first organized celebration of Star Wars Day took place in Toronto, Canada. That festival had a costume contest with celebrity judges along with mash-ups and remixes on the big screen.

Since 2013 Disney has officially observed the holiday with several Star Wars events and festivities ad both Disney and Walt Disney World following their acquisition of Lucasfilm in 2012. Even MLB and Minor League Baseball have joined in on the celebration with special uniforms and even giveaways.

Star Wars over the years has become part of our pop culture from sketches on SNL to even being offered as a college course at Quinsigamond Community College in Massachusetts.

I can never get enough Star Wars. When ever it’s on you know I’ll be watching. My top three Star Wars Movies have to be Rogue One: A Star Wars Story, Star Wars Episode V: The Empire Strikes Back and Star Wars Episode III: Revenge of The Sith because lets face it I’m a fan of the Galactic Empire.