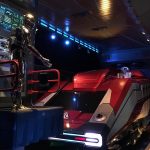 Disney confirmed this week which devices and platforms will be able to access Disney+ on day one. Disney+ will launch in the U.S. on November 12th for $6.99 a month or for $69.99 a year. Disney also announced that it aims to offer Disney+ in most major global markets within the next two years. Don’t forget if you are looking for more than just Disney+ they are offering a bundle pack that will cost you $12.99 a month that includes Hulu and ESPN+.

As part of the announcement this week Disney also confirmed what platforms and products you can stream Disney+ on, they include:

Disney also said that customers can subscribe to the service directly from several platforms, including iOS. So it looks like Apple will be getting a slice of those subscriptions. Disney also plans to include content from Disney+ on the Apple TV app so movies, originals and shows will appear under suggested things to watch.

We are more than likely to hear more about Disney+ later this week at Disney’s D23 conference and as soon as we learn more will be sure to share it with you.