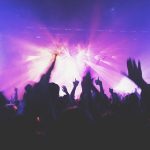 For the first time in the 60 years of Billboard’s Hot 100 history Lil Nas X’s “Old Town Road” ft. Billy Ray Cyrus has claimed the No. 1 spot for the record breaking 17th week!

“Old Town Road” beats the previous record of 16 consecutive weeks at No. 1 which was first achieved back in 95′ by Mariah Carey & Boyz II Men with their song “One Sweet Day” and later matched by Luis Fonsi and Daddy Yankee’s “Despacito” featuring Justin Bieber back in 2017.

Now that “Old Town Road” is king of the hill here is the new leaderboard of the 10 longest-leading No. 1s according to Billboard.

With “Old Town Road” making history on Billboards Hot 100 it now sits along side other notable record-setters. These record-setters include, The Beatles who have the most No. 1s with 20, Mariah Carey who has spent the most time at No. 1 with 79 weeks and Cuhubby Checker’s “The Twist” which took the top spot on Billboards Greatest of All Time Retrospective Chart.

Do you think “Old Town Road” deserved to be No. 1 for this long? Tweet me @RConAir_967 or Facebook me @RobbyCruz967