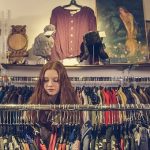 Customer ordering from Forever 21 are getting more than they bargained for this week.

The retailer has been sending Atkins low-carb lemon diet bars to its customers, including those who ordered plus-size clothing. As a result people have begun calling them out on social media for fat-shaming.

my mom ordered some clothes from @Forever21 ‘s plus size collection and they sent a Atkins diet bar along with the stuff she ordered💀 pic.twitter.com/Lxi6XnuOB1

As soon as news broke out, Forever 21 representatives acted quickly by releasing a statement saying, “from time to time, Forever 21 surprises our customers with free test products from third parties in their e-commerce orders.” They also added that the Atkins bars were sent to all customers who ordered online and not to just those who ordered plus-size clothing.

Now Forever 21 has since removed the Atkins bars from outgoing packages and say it was an oversight on their part. The real question is, was it really an oversight? Let me know what you think on Twitter @RConAir_967 or on Facebook: Robby Cruz.