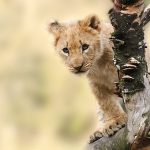 While Marvel Studios and ‘Avengers:Endgame’ dethroned Avatar for the all-time box office record this weekend. Disney’s newest movie and one of my favorite movies as a kid ‘The Lion King’ set a few records of it own this weekend.

For starters it the biggest Disney opening of all time outside of Marvel Studios and Lucas Films. It roared past Pixar’s 2018 hit ‘Incredibles 2’ which made $182.7 million on it’s opening weekend. Check out the rest of the records it broke this weekend below.

‘The Lion King’: All the Box Office Records Broken

Hakuna matata, indeed. If anyone wondered whether lukewarm reviews would pose trouble for the opening weekend of The Lion King, the answer is a no. Ditto for concern that audiences are fed up with Disney remakes; the movie scored the best start ever among its fellow stable of films after earning an A CinemaScore and glowing exit scores from ticket buyers.

Have you seen ‘The Lion King’? What did you think of it? Was it better than the original? Let me know on Twitter @RConAir_967 or on FB: Robby Cruz 967