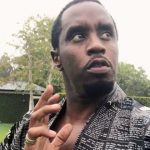 That’s right! MTV and Sean “Diddy” Combs are teaming up once again to revive the classic reality competition show that gave us O-Town and Danity Kane.

Diddy posted a video on Instagram about how he made the decision to bring back the reality show.

I’ve made my decision… #MakingTheBand is coming back!!! This will be a global talent search, upload your auditions now using #MTBcasting!!

Casting for the reboot is now open, and you can audition simply by posting an audition video on any major social media site using the hashtag #MTBCasting.

Diddy joined the original MTB in 2002. The series chronicled the life, drama and intimate journeys of chat-topping bands like Danity Kane, Day26 and Da Band. Making the Band returns to MTV in 2020.