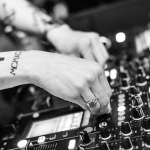 So Shawn Mendes was given the title “Prince of Pop” by Observer Magazine and lets just say Justin Bieber wasn’t having it.

He immediately commented on the post with, “Gonna have to break a few more records to dethrone my title there bud.” Bieber then went on to challenge Mendes to a game of hockey for the title. Check out the funny exchange below:

Fans imminently took Bieber’s “threat” seriously which led the “Sorry” singer to comment saying, “There is no competition and it was a playful joke people relax…” Yes! Relax guys if you didn’t already know, Justin Bieber and Shawn Mendes are really good friends and Mendes has gone on record saying, “Honestly, I pretty much live to read the comments that he posts on photos because they’re hilarious.” So don’t expect these two to battle it out anytime soon.