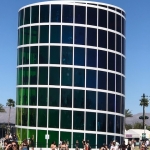 Coachella Weekend 1 kicks off today at the Empire Polo Club in Indio, California.

Here are a few performances that I’m looking forward to seeing today.

The first comes from King Princess who takes the Mojave Stage at 4:15pm PST. Checkout her biggest hit from last year titled 1950.

Then at 8:25pm One of my favorite bands The 1975 hit the Coachella Stage. They had a busy 2018 with the release of their third studio album A Brief Inquiry into Online Relationships. These guys don’t look like they are stopping anytime soon because they plan on releasing their fourth studio album later this year. Here is my favorite song from their latest album titled Love It If We Made It.

Next we have Diplo. Who’s gonna say no to Diplo right? He takes the Sahara stage at 9:30 tonight. I’m only mentioning this because last year he teamed up with Labrinth and Sia to form the group called LSD. So I’ll be the first to put money on this and say those two might make a special appearance tonight and give us Thunderclouds which you can checkout below.

Lastly to end night one for me at least is Childish Gambino now I must confess I’m only gonna see this performance because he was in Solo…yes judge me all you want. He takes the Coachella Stage at 11:25pm this evening.

Not at Coachella this year don’t worry you can stream the whole weekend or just your favorite acts on YouTube.