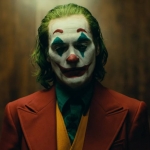 We finally got the first look at the upcoming Joker movie starring Joaquin Phoenix. If you haven’t seen it check it out below.

As someone who’s followed Batman movies and TV shows since I was a little kid back in California it got me thinking. Which Joker is your favorite?

And lastly was your favorite Joker played by Jared Leto in Suicide Squad?

Let us know in the comments! What did you think of the trailer for Joker?